University Health Services began delivering basic health care on the third floor of Murphree Hall under the Florida State College for Women. Prior to the 1920s, ill students went home or to the closest hospital in Bainbridge, Georgia.

In 1921, a new three-floor health center was built next to Murphree Hall. It was a walk-in clinic as well as an overnight facility. As fresh air was considered a curative, many infirmary rooms had sleep porches with beds on each porch. Dr. Anne Young was the full-time physician caring for female students and was replaced by Dr. Anne Sharpe in 1928. That same year, the influenza epidemic closed down Florida State College for Women in an effort to stop the spread of disease. 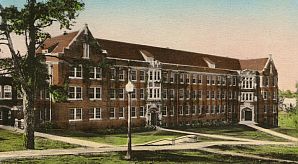 By 1930 the student population grew, generating a need for a larger infirmary. Construction of a new health center was completed in 1939 and was headed by Dr. June Fletcher.

The post-WWII era saw the return of soldiers and the transformation of Florida  State College for Women to Florida State University and a coed population in 1946. The 3rd floor was assigned to female students while the 4th floor was designated for male students. Students needing round-the-clock care could stay for weeks in the infirmary. A bad case of the flu was considered a serious illness before the medicines available today were developed.

Female students had to wear dresses or skirts to see a physician or visit a patient in the infirmary because of the dress code. Male nurses did not provide healthcare until after 1966. 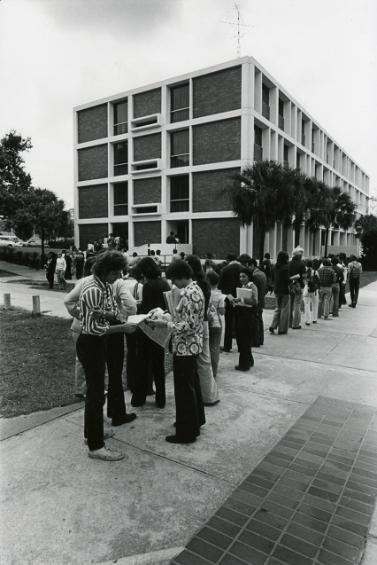 Construction of the Thagard building began on April 27, 1965 and was completed on July 1, 1966. The project architect, Forrest M. Kelley, later became the Director of Capital Programs for the Florida Board of Regents. The project was contracted to Winchester Construction Company, a Tallahassee firm.

As community hospitals developed in Tallahassee, the need for 24-hour care decreased. By the early 1980s, the FSU Health Center was operating as an outpatient, ambulatory center. Medical Records, now located on the lower level of the building, was once a fully equipped kitchen with three cooks on staff who prepared all the food from scratch. FSU staff could purchase lunches of soup, salads and sandwiches for only $.75. The delicious homemade desserts are remembered fondly as the culinary highlight of each day.

In the years after the construction of the previous building, enrollment swelled from 15,000 in 1966 to 40,000 in 2011.  Each floor of the Health Center had to be renovated in the 1990s and 2000s to adapt to new code requirements, the advance of technologies, and utilization changes.

By 2001 it was clear that the student growth was outstripping our ability to provide service to the campus community by our space restrictions.  The Health Center was landlocked; there was no place to add on and the structure was unable to handle the weight of another floor.  Conversations began with university leadership through the Vice President of Student Affairs and FSU Student Government Association to examine potential options.

President TK Wetherell identified land across from the Dunlap Student Success Building and the Askew Student Leadership Building as the site for the new Wellness Center.  This land was directly off the Woodward Street Pedestrian Mall in the center of campus.  This was designated as a shared resources site in that the Leach Center (FSU Recreation Services) would have 20,000 square feet of additional fitness space, the School of Nursing would have modern classrooms and a 284 seat auditorium for conferences and teaching symposiums.  The Health Center would relocate to three floors of this new structure with more examination rooms, an urgent care setting, a specialty care setting, a dental clinic, designated space for the Advanced First Responders Program and the Health Promotion Program and student leadership development space in health related issues.  The outside environment will be honoring quiet space for students with a reflective garden as well as a park like setting with the giant live oaks gracing the land. 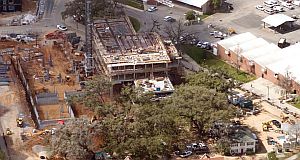 In 2010, ground was broken and the new Health and Wellness Center opened in August of 2012. This endeavor has been a 10 year process and the leadership of each student government association under the wise and capable experience of Dr. Mary Coburn, Vice President of Student Affairs, has contributed to make this dream a reality. 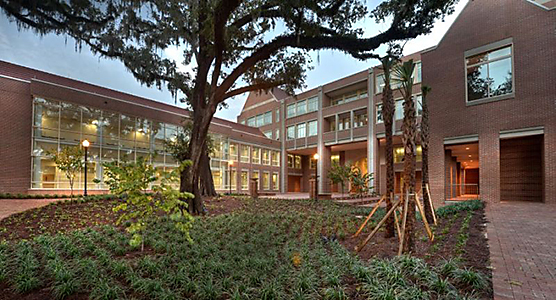 Note: For urgent medical issues or questions, please call 850–644–6230. Any information sent through the provided links is not secure and it may take up to 48 hours to receive a response.